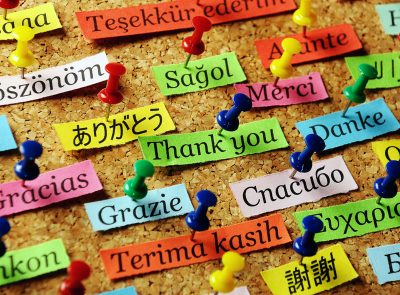 Recently, a Politico piece by Jesus Rodriguez called out the Democratic presidential candidates for having poorly translated Spanish websites. The reason is likely candidates relying on Google Translate instead of hiring skilled translators.

A lot of folks on Twitter called out the campaigns for not hiring Latinos and while I agree that having a staff that reflects the Democratic electorate is absolutely critical to the party’s long-term success, that alone won’t solve the problem of communicating with a diverse audience.

As someone who has dealt with this issue first hand, I can tell you that it is really complicated.

I worked as a communications manager for SEIU Local 2015, which represents 385,000 long-term care workers across California. SEIU 2015 is one of the largest and most diverse labor organizations in the US and the leadership is dedicated to engaging all of its members no matter what language they speak.

All of SEIU 2015’s materials are translated into Spanish, Armenian, Chinese (which touches on Mandarin and Cantonese speakers), Korean and Vietnamese at minimum, with additional languages added depending on need. I worked a nursing home union election where text messages had to be translated into Punjabi.

The union also hires professional interpreters for in-person meetings. Statewide meetings look like the United Nations with booths of interpreters lined up on one side of the room while members wear headsets designated for their languages.

However, even with the resources SEIU 2015 has poured into multilingual communications, it was a constant challenge to get it right. Members often complained about bad interpreters/weird translations. It is NOT as simple as “hire a diverse staff.”

One example: there are two dialects of Armenian (Eastern and Western). While there is some mutual intelligibility, there is also a huge amount of class and cultural baggage attached to which version you use (diaspora vs. people from Armenia, wealthy vs. working class). Using the wrong dialect can end up alienating the people you are trying to win over.

Another example: When we translated text messages to Punjabi, we had to scramble with our SMS provider to make sure they could support the alphabet. As we learned, texting in languages that don’t use a Roman alphabet can cost you more simply because the texts qualify as MMS (media messages that are more expensive) rather that SMS (simple text messages).

Yet another example: you don’t hire interpreters for “Chinese” you hire them for Mandarin and Cantonese. And that doesn’t account for mainland Chinese vs. diaspora Chinese in southeast Asia who have different accents and dialects. How will your native Cantonese audience react to an interpreter whose accent and dialect clearly marks them as an ethnic Chinese native of the Philippines? This is all separate from the issue of online linguistic, social and cultural communities with their own channels, memes, and in-jokes. You may be fluent in Spanish but are you fluent in chancla and Vicks memes?

Plus you do know that Mexican, Puerto Rican, Guatemalan, Dominican, and other varieties of Spanish each have their own vocabulary and idioms that have as much in common as American English has with British, Australian, and South African English, yes?

Also, each Spanish speaking country has its own history and racial mix that informs the culture. I recently had a conversation with a Chicana lamenting that she had no idea how to engage Afro-Latinos from the Caribbean.

Finally, remember that having a Spanish last name doesn’t mean you’re fluent in Spanish and doesn’t mean you’re capable of the highly complex work of translation/interpretation. Signed, Nuyorican who can basically order in a restaurant and ask for directions.

In short: Communicating with diverse communities is hard. Is complicated. Is not as simple as hiring people with the right last name.